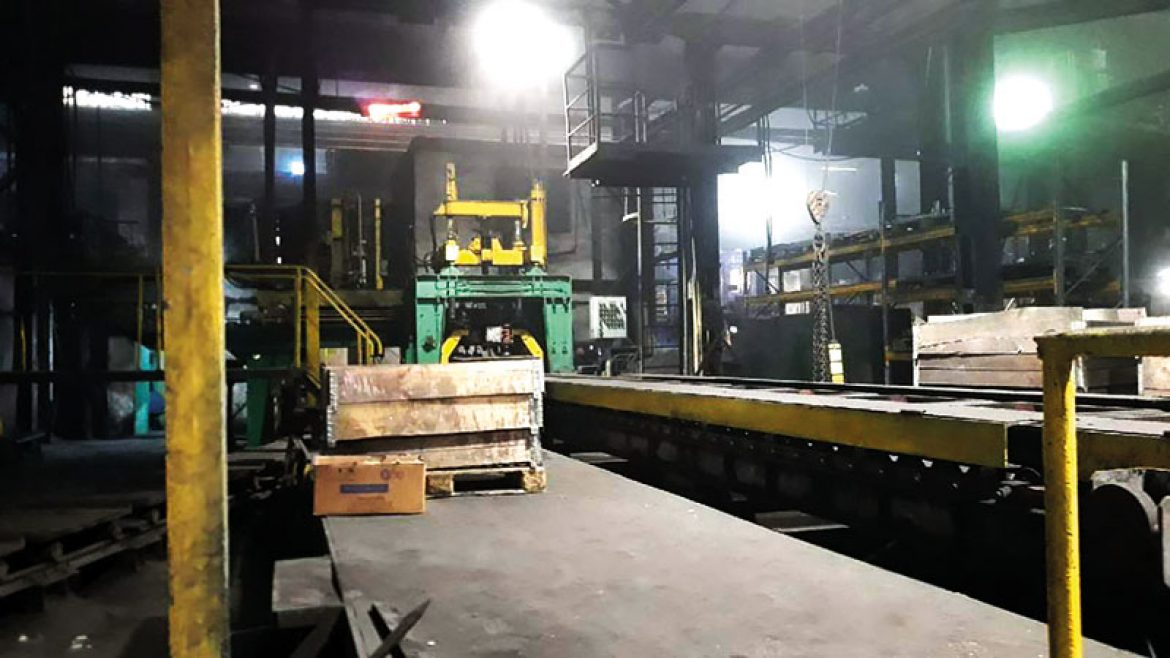 Launching of a horizontal production line in the Kutno Foundry

One of the next stages of the planned technical and technological development of the Kutno Foundry for 2019 was to launch a horizontal production line. Today we can announce that several months of intensive efforts of the maintenance and production teams have brought a success.  In October the line was commissioned for batch production –  what increased the foundry’s capacity by 8000 t/year. Production resuming was possible thanks to adaptation of the already functioning modelling of operating line and new projects.

Technical parameters of the line and its capacity allow for planning and continuation of production at the lower costs level in comparison to the one previously operating.

Newly launched line increased the Foundry’s competitiveness in terms of the functioning details and new projects being developed by the commercial department currently.